The Oakland Press Blogs: Earth's Almanac: Roadside Cafe: Saga of a red-tailed hawk and a rabbit.

The Oakland Press Blogs: Earth's Almanac: Roadside Cafe: Saga of a red-tailed hawk and a rabbit.
Posted by Janet Hug at 7:52 PM No comments:

The Oakland Press Blogs: Earth's Almanac: Osprey attacks great blue heron: GET OFF MY NEST!
Posted by Janet Hug at 11:08 AM No comments:

Checking up on the youngster. The male Barn Swallow would stop and perch by the youngster, chatter a bit, and then take flight and swoop and dive in the backyard. I happen to love Barn Swallows. They are my spark bird. When I see them, I think back to camp at Camp Stapleton in Port Sanilac, MI. 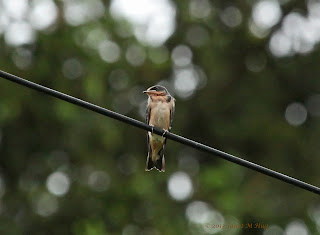 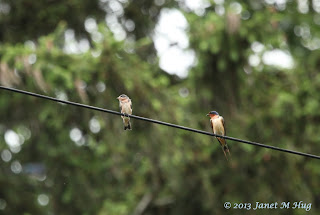 Hummingbird Perch, a photo by JKissnHug - Been busy birding on Flickr.

It's time to get out your hummingbird feeders. These little gems are winging their way to your backyard.

Via Flickr:
This female Ruby Throated hummingbird briefly stops for a quick sip from the feeder.

Magnolia Magnificence, a photo by JKissnHug - Been busy birding on Flickr.

Via Flickr:
The striking plumage of this Magnolia Warbler always stops me in my tracks. Seeing one of these birds is a breathtaking experience knowing they pass through this area every spring and autumn without much notice, unless you happen to be one of the thousands of birders who enjoy the magnificent show called spring migration.

One of my goals this spring was to find and photograph woodcock during the day. For the last several weeks I have been scouting out the best locations where I can find these elusive birds fairly consistently. Although there are a lot of great areas, one of the best spots I have been able to find is Columbia Mine at Patoka River National Wildlife Refuge near Oakland City, Indiana.

Having previously encountered this particular woodcock on multiple occasions within a relatively small area, I set out this morning to see if I could spot him before he spotted me.

In full camo and moving into the bird's regular territory very slowly I was fortunate enough to see the woodcock take a few steps, bobbing up and down. If it had not moved, I am sure I would have missed it.

By moving very slowly and quietly and trying to avoid eye contact, the bird eventually decided I was not a threat and became comfortable with my presence. Over the next hour and a half I was able to observe the bird resting, preening and forraging from never more than 20ft away.

The most interesting thing to watch was the bird's bobbing motion as it walked (see video). According to Cornell, this motion of pressing each foot into the earth multiple times with each step is intended to make earthworms move and easier to locate. Very cool!

In any case, I was very pleased to be able to witness such a unique and interesting bird go about it's daily routine. God makes neat stuff!

Janet Hug
Commerce Twp., Michigan, United States
I am an outdoors woman at heart who lives in Commerce Twp., MI., (just outside Detroit). My fascination with birds began at age eleven, when I saw my first Barn Swallow at summer camp on Lake Huron in Lexington, Michigan. Soon thereafter, the camera entered my life and I began documenting my love of birds and nature. Keeping a nature diary has been in my DNA from an early age. My mom wasn't too crazy about me scribbling on the wallpaper in my bedroom. She in turn, gave me a scrapbook to write down my thoughts. I am a Skywarn Severe Weather Spotter, I can be found watching for tornadic weather during severe weather events. I formerly served on the Oakland Audubon Society Board or Directors. I spend a great deal of my free time out in the field birding and enjoying the art and creativity of nature photography. I am active in the Michigan Osprey community helping to monitor and promote the well being of the breeding population of the Osprey in Michigan. michiganosprey.org 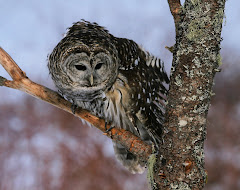 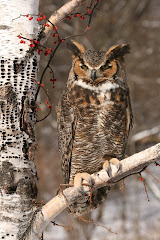